John Dies At The End...Reviewed!

So a pal gets me a free pass to see one flick at the Nevermore Film Fest here in Durham NC, where a bunch of movies including one of my top five faves, Dawn of the Dead, was playing, as well as the new film Found (which looks pretty damn exciting itself), but the choice was simple. There was only one choice, one film I had to see above all others...John Dies At The End! 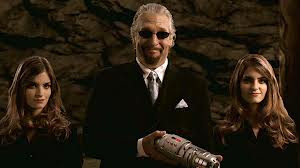 I've talked about this movie here before, posted trailers, images. I've driven my wife crazy talking about it. Now I've had about 24 hours to reflect upon this little epic, chomping at the bit to talk about it, but I'm not going to!
Yes, this is a review, but no I'm not telling about anything that happens in the movie. You want it spoiled, plenty of places to go. Here I'm giving you my emotional response to the film, which you can base your decision upon whether you too will see it or not.
Long story short; see John Dies At The End. It is a hilarious, gory, mind blowing film. It's not just everything you want in a Don Coscarelli (Bubba Ho Tep, the Phantasm series) film (genre melding/smashing what-the-f-is-gonna-happen-next action) but it's everything you want in a really good movie. It transports you, it helps you escape-fully-into another world. It's a roller coaster, gets your heart thumping, your mind racing, and it ENTERTAINS you! Beginning to end, no lulls, nothing to roll your eyes about. Get ready, fiends, you are in for a treat!
5 Severed Thumbs Up, this is a modern classic!

Take Out Is My Life 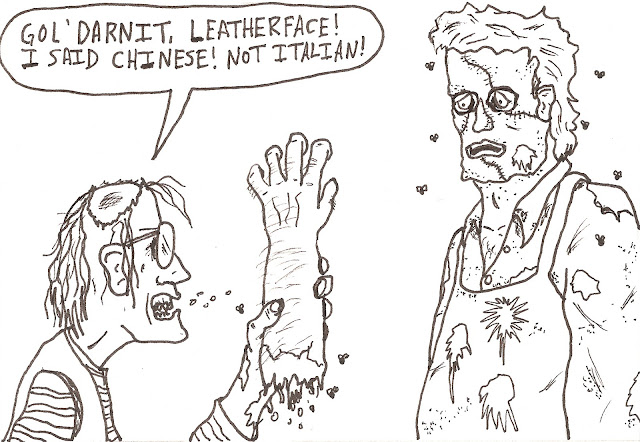 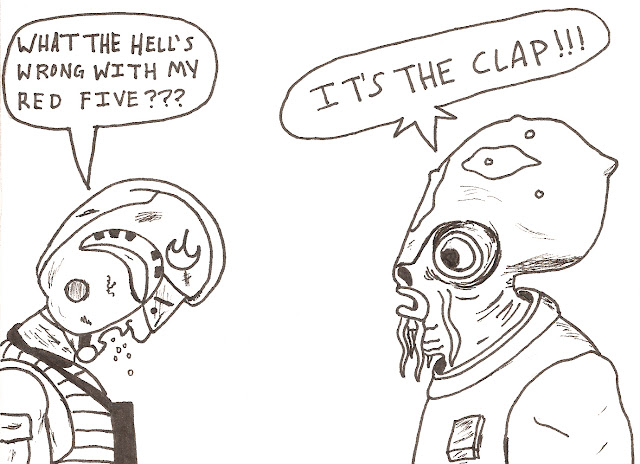