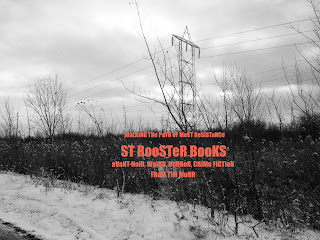 Kids of The Black Hole;
A Punksploitation Anthology
St Rooster Books is proud to announce our next anthology and this one is near and dear to our hearts, Punksploitation! We are looking for crime, horror, and sci-fi (or any combination of the three) themed short stories that fall in to that sub-genre. What is Punksploitation, some of you may ask? Check out films like Return of the Living Dead, Suburbia, Class of 1984, Green Room, or Repo Man. 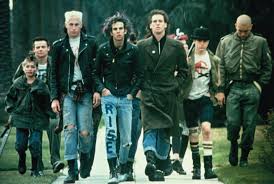 The title Kids of the Black Hole comes from a song by the OC hardcore band The Adolescents. Just this past June bass player and only constant band member Steve Soto passed away. I’m naming the book after their song as a small tribute to him. 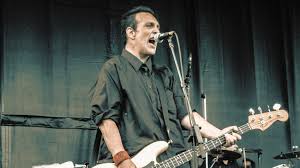 I’m going to say up front, if you’re a guy and you send me a rape revenge story, it’s highly unlikely you’re getting in. Let’s just not go there. Sexist, racist, and/or homophobic stories are not welcome. Certain terms/phrases may be excusable, if say your story is set in 1980, a less ‘woke’ ‘PC’ time, but use sensitivity. If someone uses a homophobic slur, I want to know their head will explode by the end of your story. I guess a good rule of thumb is to ask yourself, What Would Jello Do?

Word count: 3,000 to 5,000 words. If longer, inquire with a synopsis of your story beforehand.
Original fiction only; no reprints.
Payment: half cent per word and a contributor copy.
Deadline: December 31st.
Attach your submission as a .doc or .docx and send to holyrooster76@gmail.com.
Our Anthology Could Be Your Life. 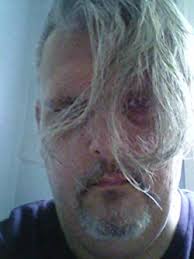 For generations, the Sanford family have lived on the rural outskirts of Elders Keep. But now, Lucas Brock and his pregnant wife, Jude, have chosen to make their home among them as the first outsiders to settle onto Wednesday Ridge in a century. With the arrival of new blood, the horrific secrets the Sanfords have been hiding are coming to light. There's something on the ridge, something that should not exist. It is ancient. It is ravenous. And on the ridge, everything is prey.


It takes a lot to unsettle me these days. I have my buttons. I have particular stories I still choose to avoid. But to actually give me that sick feeling in the pit of my stomach I used to get as a kid and could see Jason Vorhees sneaking up on a camp counsellor and she's totally unaware-that dread, as a horror noobie, for what is about to befall this person if he/she doesn't turn around and run-it's so rare to feel that these days.

Well, my buddy Jeffery X Martin once again gave that feeling back to me. He did it previously with Black Friday and Hunting Witches. His newest book, The Ridge, (which drops on July 27th) had me sick with dread less than a quarter way through, and it wasn't just the Southern folk horror aspects, that are a hallmark of his work. What got me first was the story of a couple about to have their first baby. In a sense, it's a bit of a fish out of water story. Two people from the city, the husband a college professor, moving out to the country-which is about as familiar to them as the plains of Mars, and the wife being left alone with the weirdo neighbors and all the strangeness that goes along with living in the hills. Lucas and Jude love each other, they are happy together, but I can tell you from first hand experience, moving into a new area, far from friends and family, while pregnant will cause tempers to flare, will bring on stress and anxiety, and if it's only the two of you there with no one else to really talk to-all of that will come out and be directed at one another. Regardless of whether or not the love is still there, you feel trapped in an emotional bubble and the threat of it popping is ever present. That's the heart, the engine, that drives The Ridge.

I have heard it said by many people, any good horror story must still be a good drama if you take the horror elements away. So, in the case of The Ridge, done. Five stars. Two thumbs up. What about the horror elements though? X knows how to scare you. He knows how to dig in, make your skin crawl, make you hold the book away from you just a little more...He can paint a vivid landscape of despair in your brain that's hard to wash away. Violence that rolls by slowly, so you don't mis an ounce of the pain. You feel that bone shatter and you sit with it for as long as the character has to. I think of Dennis Etchison, Stephen King in his prime, maybe a little HP Lovecraft (minus all the "cyclopean towers"), Books of Blood era Clive Barker. X is building a body of work with his Elders Keep stories that can stand shoulder-to-shoulder with the giants rather than just stand on their shoulders.

I tell ya, X has been inspiring me to work harder, do better, and be more since our bar days back in Knoxville, Tennessee more than twenty years ago. To see the artist he is today is nothing short of awe-inspiring. If you don't know him, I feel bad for you, but you can remedy that by following him on Twitter @JefferyXMartin  and like his Facebook page. And order The Ridge today!
Posted by Tim Murr at 7:09 AM No comments: