PREPARE YOURSELF FOR...THE UNKINDENESS OF RAVENS 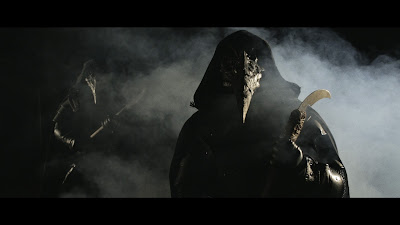 In 2013, Lawrie Brewster introduced us to the infamous Owl Man in Lord of Tears, about a school teacher plagued by nightmares, who returns to his childhood home to face the darkness of his past. Now, Brewster and writer Sarah Daly are bringing us The Unkindness of Ravens. Once again bringing us back to the Scottish Highlands, but this time our hero, a homeless vet with PTSD is facing off against an army of raven men! The filmmakers promise to take us beyond the brink of sanity and into a hell dimension. It sounds like a folk horror mash up of Hellraiser and Jacob's Ladder, and what could be more exciting than that? 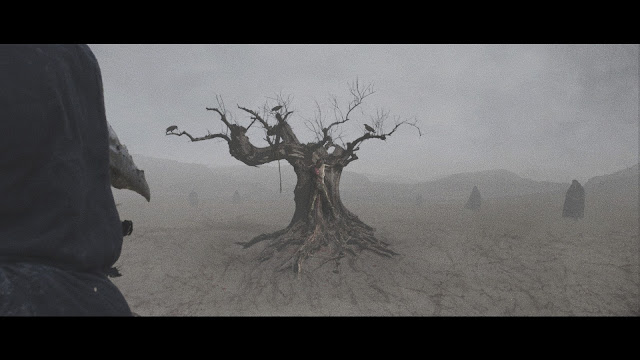 The filmmakers have launched a Kickstarter campaign to help finish the soundtrack, manufacture DVDs and launch a marketing/distribution campaign. You can contribute HERE. Please go check out the video on the Kickstarter page, there are some cool behind the scenes footage and the perks are pretty badass too!
I'm absolutely in love with the design of the Raven Warriors. They're seriously some of the coolest horror villains since the Cenobites. And Jamie Scott Gordon looks really intense as the films protagonist, Andrew.
Go HERE to watch the extreme cut trailer. 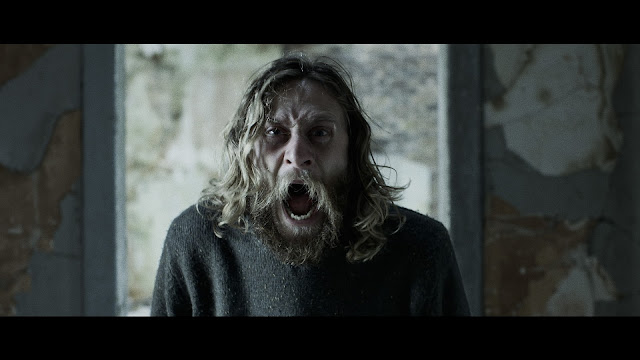 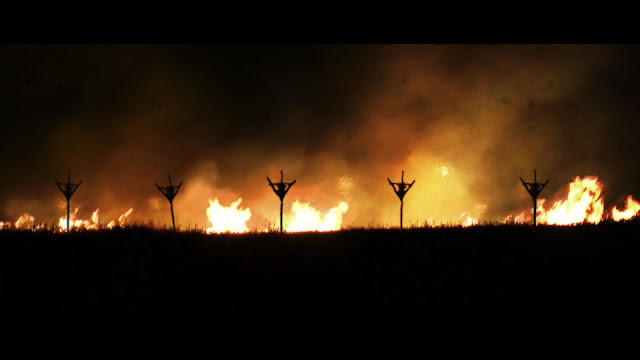 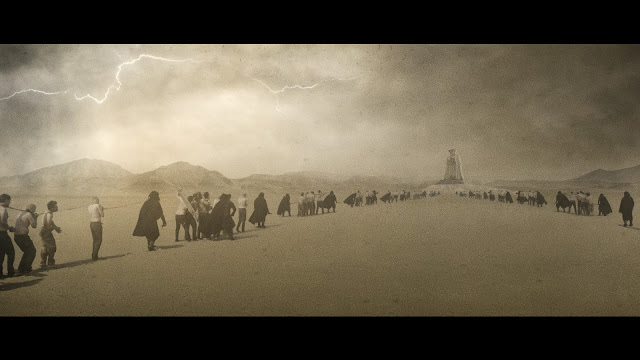 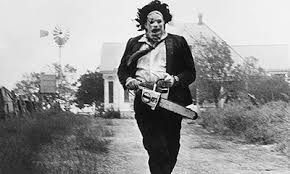 Since seeing Texas Chainsaw Massacre in middle school whenever someone mentions Texas my mind always flashes on the image of Leatherface played by Gunnar Hansen. Fair or not, the above image will always be Texas to me. But the big man behind the skin mask was actually born in Iceland and didn't move to Texas until he was 11. He majored in English and mathematics and worked with computers before landing the role of Leatherface in the landmark 1974 film. Afterwards he took time off from acting to focus on writing. He did return to acting and appeared in several films over the decades.
Nothing he did, though, could ever eclipse his portrayal of the mentally disabled, chainsaw wielding Leatherface. For me, the scene that I'll never forget is the moment Leatherface first appears, filling a doorway, in front of two unsuspecting victims. It sucks the air out of the room and makes me recoil-still! It just strikes at some primal fear in my psyche and I can't relax until the scene is over.
I never met the man, but anything I've ever read about him told the story of smart man with a big heart. I don't know how he died, I just hope it was peaceful and easy. Rest in peace.