WALKING WITH THE BEAST
FIRE SPIRIT
CALLING UP THUNDER
THE STRAITS OF LOVE AND HATE
ST. JOHN'S DIVINE
SEX BEAT
THE STRANGER IN YOUR TOWN
RUN THROUGH THE JUNGLE
SHE'S LIKE HEROIN TO ME

and from OFF!
JEFFERY LEE PIERCE 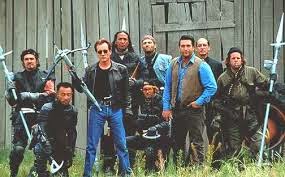 ALIEN; ISOLATION DOES THE FRANCHISE PROUD 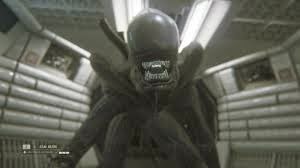 Alien; Isolation is the sequel to Ridley Scott's original Alien fans deserve. That's not hyperbole, fiends. It's so tense and beautifully rendered. I'm not much of a gamer-in fact, I don't really care much about many games outside of the Arkham and God of War games. I'm a huge fan of the Alien franchise, though, whether it's the films, comics, or toys. I've been fairly disappointed with Alien's representation in video games, but Isolation is just so damn good.
Taking place a few years after the events onboard the Nostromo, Isolation picks up with Ellen Ripley's grown daughter, Amanda, going off to investigate a ship that might have found a clue to what happened to her mother. Amanda is a really fun and very different type of video game character. She's not a Colonial Marine, just a worker like her mother, so she's out of her element when the shit hits the fan, but like her mother, she rises to the occasion and in a wholly believable way. Amanda is smart and quick on her feet, the kind of heroine I'm very comfortable with my daughter playing as.
Overall, I really don't have anything negative to say about Isolation. We're about half way through the game I think, and there have been plenty of moments where I'm standing up to play, because I'm too keyed up to sit still. The jump scares are legit and unlike Aliens; Colonial Marines, the xenomorph feels like a real world ending threat. ACM was a fine game for what it was, I guess, and had a comic book action feel, but something about it left me kind of disappointed once we beat it.
Isolation has all the horror and atmosphere of the original film without feeling like a retread of that story. It deepens the Alien lore and respects the source. When people talk about video games becoming interactive movies, Isolation is the perfect example. And check out all the awesome tech easter eggs-like it was made shortly after the original film, there are cassette tapes, boom boxes, arcade games-god, it's awesome!
If I have a gripe, I guess it's the lack of save spots. Seriously. There have been some long runs between save spots that are really annoying the fifth or sixth time.
I've heard talk about a possible Friday the 13th video game, if that's happening, I hope creators take some cues from Isolation! 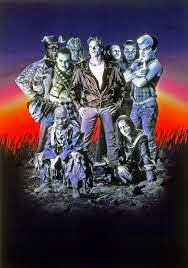 The thing that I connected with Nightbreed the first time I saw it on VHS almost twenty five years ago was the story of outsiders fighting rednecks. I came from a small town and grew up getting bullied by jocks and rednecks on a daily basis. For a while I had shaggy hair and listened to metal and later I cut my hair short and listened to punk, but I always had my nose stuck in a book. I stuck out like a sore thumb and was punished for it. I always wanted a Midian to escape into.
For those unfamiliar with Nightbreed, it's based on Clive Barker's novel Cabal and tells the story of a troubled man named Boone, who is framed for a series of gruesome murders. He's unsure of his own innocence and tries to escape to Midian, a place where monsters are rumored to dwell and all your sins can be forgiven. I don't want to give away too much more of the plot and ruin any surprises, I think this is enough to get you going.
This was a film for all of us who got called faggot, freak,  and pussy and had nothing but dread at the beginning of each day for what abuse lay ahead. The producers wanted a monster movie and didn't understand the monsters weren't the bad guys. Did they read the book? So they took the film away and changed it and released a lesser film than author/director Clive Barker had originally made. (I want to make it clear though; regardless of what faults may have lain with the original cut, I always loved it.) As a result the film fared poorly, but gained a cult following that grew over the last quarter century.
A couple of years ago we got the Occupy Midian movement, with fans demanding the release of a director's cut, or Cabal Cut, and the announcement that there would indeed be a director's cut coming to Blu Ray. It felt like another twenty five years between the announcement and Scream Factory's release of Nightbreed the director's cut, but by god it was worth the wait.
Until now I've only watched Nightbreed on VHS, so the Blu Ray adds an even greater feel of "newness" and the there's the more than 40 minutes of new footage. It's bigger, deeper, more sweeping, and beautiful and still just as mean and scary. I rented Nightbreed the week it came out on VHS originally and read it's source novel, Cabal, immediately afterwards and of all of Clive Barker's work it's my favorite of his stories. So this release definitely has a great emotional weight for me, and I'm so grateful to Scream Factory, Mark Allan Miller, Andrew Furtado, and everyone else who helped bring Barker's original vision back to life.
As far as a critique goes, I've got nothing bad to say about this film, at all. Except that it's too short and I want a sequel. If there is anything wrong with Nightbreed, I've been blind to it all along. Some people have knocked director David Cronenberg's performance as Dr. Decker as wooden, but I think that was purposeful, because he's far from wooden once he dons the  mask, before doing so he's cold, clinical, detatched-as if he's trying to force a 'normal' facade until he can put his real face back on.
Living in your true face is one of the themes running through Nightbreed. Narcisse (Hugh Ross) tells Boone (Craig Sheffer) he needs to show him (Boone) his true face and the residents of Midian spend there lives hiding from the daylight and the 'natural' world. As a metaphor that reaches across a wide cross section of marginalized people.
For me, coming from a small minded small town, a broken home and living under strict rules against having long hair and listening to certain music or wearing certain kinds of clothing, Nightbreed really resonated with me. Eventually punk rock became my Midian and I started living at night more and more until putting on a work short and combing my hair down felt like putting on a mask.
Nightbreed is the type of sweeping epic we need more of in the horror genre. With so many mindless zombie, remake/reboots and cookie cutter found footage films out there, Nightbreed is a breath of fresh air and sets a standard to strive for.