DEAD OF WINTER; NEW SHORT STORY FROM MY UPCOMING BOOK MOTELS ON FIRE 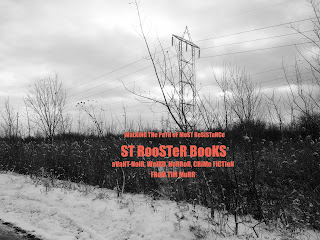 
And he left, slamming the door behind him.

DEAD OF WINTER; LET ME IN 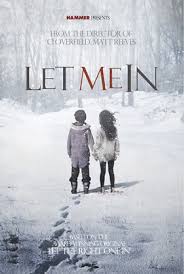 So, here we go with the next installment of our new series DEAD OF WINTER, where we explore through new reviews the best winter themed horror films. Today I'm tackling a film that I'd just as quickly hold up as a perfect example that not all remakes suck as I would THE THING or THE FLY; it's 2010's LET ME IN, starring Chloe Grace Moretz, Kodi Smit-McPhee, Richard Jekins, Cara Buono, and Elias Koteas.

Before you roll your eyes and yell at me for not reviewing the original, let me direct you to another excellent review of both the original LET THE RIGHT ONE IN and LET ME IN, by one of our recent guest posters, Albert Muller. He wrote an impassioned piece about both films that is absolutely fantastic and you can read it HERE. I agree with every word of his review right down to slightly preferring the remake over the original for personal reasons. Additionally, for the purposes of this series, to review both on the heels of Muller's piece teeters on overkill. LET ME IN was already at the top of my list for this series before I read Muller's and I chose to not cut it, because of how highly I regard the film and how much I wanted to write about it too. I think there's enough room in the world for heaping piles of praise on a good movies anyway.

Directed by Matt Reeves, who loved both the original film and the book it was based on, LET ME IN 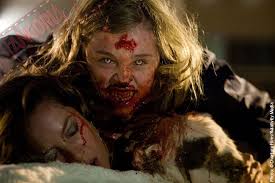 was an honest and impassioned attempt to re-adapt the book with cues from the original movie and set it in a small town in New Mexico. The characters' names were Americanized and the actors were asked not to watch the original film before shooting. The effect, while not too far from the original, made for a deeply personal, beautiful, and truly creepy film. The cynics among us may cry that the re-make didn't change enough, but I disagree. LET THE RIGHT ONE IN, as wonderful and engrossing as it is, has an emotional detachment that LET ME IN doesn't have. That may be a simple cultural disconnect with me, but I related more to Smit-McPhee's Owen than I did with Kare Hedebrant's Oskar, because I was Owen. I was a bullied little loner in a small American town in the 1980s.

LET ME IN, at heart, is a coming of age story of friendship between two outsiders. The vampire angle adds that level of tension and visual interest that sets the movie apart from a normal character drama. It's rarely excessive, even in an intense attack scene where we see Abby (Moretz) attack and kill a man in a tunnel-which is one of the film's most startling moments- Reeves is able to ramp up the tension with subtly, where most horror films would take the viewer into more visceral territory. Not that the film is lacking blood and gore, it's just doled out in a methodical pace, making those scenes more horrific, where they could have been cartoonish.

LET ME IN is such a lovely, slow burn descent into both friendship and the horrors the world lays 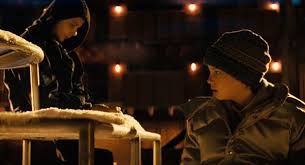 out for children. Smit-McPhee and Moretz fully embody the outsider, misfit, weirdo, that a lot us were/are. As I said, I was Owen and in a way Abby represents the books and movies that I fell in love with, that got me through my youth and gave me a reason to keep going, keep getting up, regardless of the bullying that I had waiting on me at school-hell, at home too. Abby does horrible things, she's a monster, but she's also Owen's friend. She provides him comfort and fills that void of loneliness. That's what Stephen King, Clive Barker, Wes Craven, and John Carpenter did for me with their work. I don't know that John Lindqvist intended his book, LET THE RIGHT ONE IN, to be a metaphor for horror nerds, but I see it as that. And the final bloodbath, when Abby makes all of Owen's bullies pay for their transgressions-that wasn't too far from what I wanted to do the kids at school who knocked me down in the hall, smacked my books out of my hands, called me faggot, ruined my lunch, made me afraid to go into the bathroom, ganged up and beat the shit out of me...I would have laughed to see them ripped to shreds and I'm not a violent person.

The winter setting itself is almost a character in the film. Every out door shot really telegraphs just how frigid it is and may also be seen as a metaphor for Owen's life. Especially, the frozen loneliness of the playground at night where he encounters Abby. Before she appears to him, Owen is like the moon, alone in the cold darkness (Muller also notes a reference to the moon, just pointing that out lest one thinks I lifted an idea). Reeves and company did a great job with the setting and bringing the winter chill into the audiences' theater/home. I've rarely found a movie so engrossing that even the sets can trigger emotions and physical reactions. 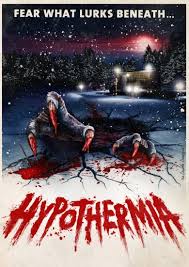 Welcome back, fiends! I don't know how the weather is where you are, but up here in New York we've already had a major snowstorm. After thirteen years in North Carolina, I'm so happy to be back in the north. One thing I've missed greatly since leaving Boston is the snow. Real snow. Being up here has also given my creativity a huge boost as well. Seriously, when the temperatures started to drop around Halloween, my imagination was like a prowling beast.

So, here we go with the next installment of our new series DEAD OF WINTER, where we explore through new reviews the best winter themed horror films.

In 2010, Glass Eye Pix released James Felix McKenney's HYPOTHERMIA, a CREATURE FROM THE BLACK LAGOON inspired horror film that takes place during a family ice fishing trip. The desolate, frozen setting and strong performances from Michael Rooker and Blanch Baker help carry the film. Rooker fans may be surprised to see the usual hard ass playing a nice family man for a change.

The Pelletier family (Rooker, Baker, Benjamin Forster, and Amy Chang) expected to spend a quiet weekend on the ice fishing, but their peace is spoiled when another father and son (Don Wood and Greg Finley), from the city,  arrive making a lot of noise and generally acting like douche bags. To make matters worse there's something under the ice; a toothy, eel-like humanoid starts to hunt the two families and it becomes a fight for survival.

The frozen setting plays a large part in the overwhelming sense of dread and hopelessness in HYPOTHERMIA. The creature is also a nice throw-back to the days of an actor in a rubber suit as 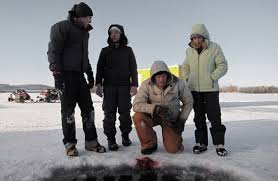 are the practical gore effects that look really good. McKenney takes the less-is-more approach giving us mostly short glances of the creature, which is kind of too bad. Some critics have been unkind to the monster suit/design, but had there been more full shots and action they may have had a different opinion.

The pacing is deliberately slow with an over-all downbeat feel, which is not too different than another Glass Eye Pix film, directed by Larry Fessenden, called WENDIGO. (I like these two films as a double feature.) Though it's a slow burn, HYPOTHERMIA is only an hour and thirteen minutes long, so the slower pacer shouldn't be a turn off for those looking for something a little punchier.

Really, the only thing I would complain about, besides there not being enough creature action, is that I wish the ending was a bit less ambiguous. (SPOILER ALERT) In the end Baker and Chang's characters are the only survivors and are chased off the ice by the creature. They collapse on the shore, clearly done for, but Baker starts trying to talk to the creature and then it leaves them. While some view this as a what-the-fuck moment, I don't think it was her speech that got them spared. I figure the creature is somewhat empathic and doesn't view them as a threat to it's hunting ground any longer. That's why they don't get killed. I don't know what the real intention of McKenney's was, but it's really a minor gripe for a film that is overall a very good horror flick.

McKenney also makes some kick ass art toys called SEA BORGS, check them out HERE.
Posted by Tim Murr at 9:24 AM No comments: