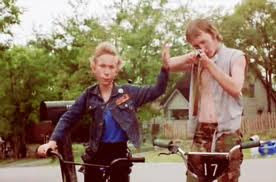 Film maker Nick Zedd coined the phrase Cinema of Transgression in his manifesto about the then burgeoning film underground in New York City, which included himself, Richard Kern, Kembra Pfahler, Tommy Turner, Beth B, and Lydia Lunch among many others. He linked the work they were doing back to mavericks like John Waters and Paul Morrissey who made uncomfortable and unconventional films. 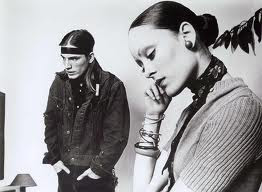 Transgressive art and literature have been with us for a long time, going back to the Dadaists and surrealists. Plenty of examples in literature and music and in films the Cinema of Transgression has grown well beyond the city limits of New York. 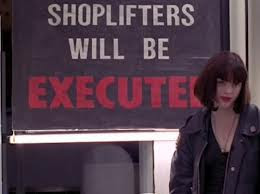 Transgressive art pushes boundaries, bends social norms, offends, terrifies, but often with humor as much as violence. To try and list films that are or are not transgressive would be a fruitless task, especially when how much one film can vary from another; Geek Maggot Bingo is a far cry from Fight Club which is nothing like Julien Donkey Boy. So what do I hope to accomplish? 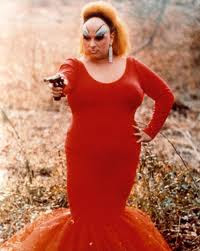 I've put the call out for contributors, asking writers I know, to contribute pieces about individual films or directors that are considered transgressive. The purpose for this is much the same as My Heroes Have Always Been Monsters; to highlight certain films that are outside the mainstream and in some small way help save them from the dustbin of history.
Underground films are like old folk songs, you've got to keep passing them on to keep them alive. In this era of big budget, 3D, world in danger, mega-blockbusters, it's a breath of fresh air to watch Pink Flamingos or Right Side of My Brain or Doom Generation. Not because they are such rays of sunshine, but because they are obviously labors of love, made by people who were getting by by the skin of their teeth. 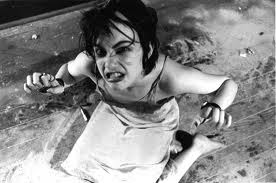 "My duty is to show what everyone else wants to ignore, hide, or consider taboo. My job is to get to the root of obsession." -Lydia Lunch
Read more at http://www.enjoy-your-style.com/lydia-lunch-quotes.html#W13XJ6ACqUTMfTlc.99 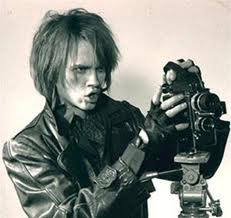 I'm excited to see who winds up contributing, I'll start posting things as soon as I get them. I've got some reviews and resources I'm doing, there will be new Sound Attacks to tie in thematically and I'm going to start bugging people for interviews soon.
Meanwhile, new comics are coming, new reviews, and new chapters of My Heroes Have Always Been Monsters.
Stranger With Friction is 1 year old as of April 30th and we've had nearly 10,000 page views! Thank you SO MUCH to all our readers I hope you keep coming back as we start to roll into our second year!
Viva le Strange! And keep watching the sky, nerds!

Years ago when I lived in Boston I worked with Chaz Mathews from The Dimestore Haloes. Great guy, great band. He made me a mix tape once, full of fantastic bands plus some demoes from the Haloes third album (if you don't have anything from the Dimestore Haloes, get your ass on itunes pronto!) The one band that stood out more than the others was a band called The Malakas. I'd never heard of them and there was only two songs, Girl From NA and Can't Find The Lord, but those two songs got soooo much repeated plays.
Here's a couple of singer/songwriter Cranford Nix solo performances and one full band...

Met A Girl At N.A.
Fuck You, Lorraine
Klonopins
Cranford Nix wrote great songs, The Malakas were an awesome band. But Cranford is sadly gone. Follow the link on his name to the website to listen to all his music. The website is important, seriously. When I first heard those two songs I looked everywhere for a full length album and checked the web and kept having no luck. I went digging on Youtube today and found these above plus a few others, but the real find was the website. I literally knew nothing about the person who wrote two of my favorite songs an hour ago. Welcome to your new favorite band.

Email ThisBlogThis!Share to TwitterShare to FacebookShare to Pinterest
Labels: cranford nix, the malakas

My Heroes Have Always Been Monsters Part 35; SCANNERS 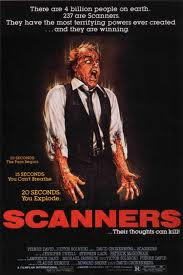 1981 director David Cronenberg gave us the story of people with special psychic abilities, called Scanners, that can control and/or destroy people's minds. Darryl Revok (the great Michael Ironside) is the most powerful Scanner on the planet and leader of an underground movement bent on world domination, but Dr Ruth has found a Scanner that Revok has not and recruits him to take down the movement. 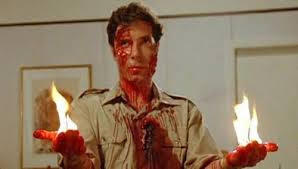 Cronenberg was already making himself the king of body horror with the parasitic and medical nightmares of They Came From Within and Rabid. He upped the ante with Scanners and gave the world one of the most iconic head explosions in the history of horror. 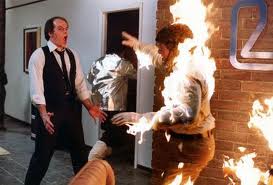 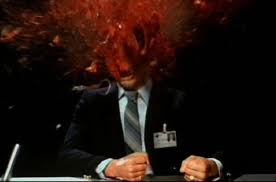 trailer for Scanners
Scanners became a cult hit and spawned a franchise that never lived up to the original, but was entertaining two out of four times. There were two direct sequels and then the franchise rebooted with the better than you'd think Scanner Cop. 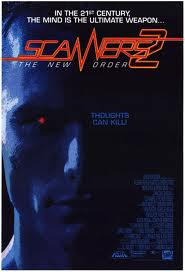 Scanners 2 The New Order was more action packed, but a bit less of an artistic triumph. Cronenberg had nothing to do with any of the sequels, but the groundwork had been laid.
In New Order, a crooked politician uses an escaped Scanner to help him gain control of a major city.
Scanners 2 New Order 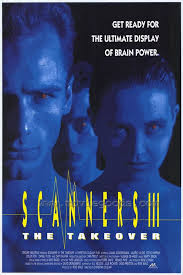 Scanners 3 The Takeover is not considered a good movie by anyone that I know of. I fell asleep the first time I watched and and wished I had the second time. Moving on.
Scanners 3 Takeover 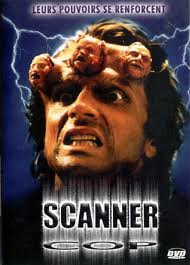 Scanner Cop was a marked improvement over Takeover with Richard Lynch playing a villain worthy of Ironside's Revok. Daniel Quinn plays a cop who's secretly a scanner. When a cop killer shows up on the scene, Quinn puts his abilities to good use.
Scanner Cop 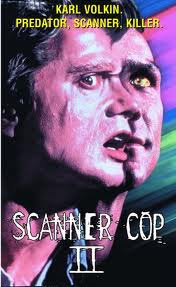 For the second Scanner Cop, Daniel Quinn returns in the title role to take on another Scanner who is draining the powers of other Scanners. I'll be honest, if I saw this one I don't remember it. I do however remember the Scanner Cop director and series producer Pierre David saying there would be a sequel in Fangoria. As far as I can tell by looking up reviews this a pretty forgettable film and a piss poor way to end the franchise.
Scanner Cop 2


I can't think of a single of a single horror/sci fi franchise that stayed good and/or got better, so it's no surprise that Scanners suffers from the law of diminishing returns.
When I saw the original Scanners I was blown away and as a young kid obsessed the Uncanny X-Men, I saw a connection right away. Scanners became one of those gold standard films that I was always trying to live up to with my own stories (like pretty much all of Cronenberg's films).
Keep watching the sky, nerds!

I have frigging loved the two previous Arkham games and the next one sounds amazing! IGN's got the details, just follow the link. Three things to be excited about; Deathstroke, Black Mask, and the Batwing! 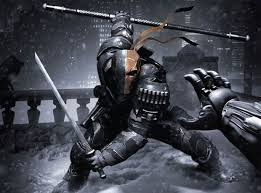 This is some wacky cool! Enjoy, fiends...

My Heroes Have Always Been Monsters Part 34 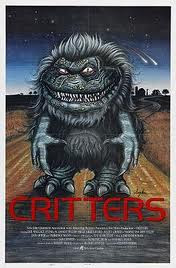 A prison break in space, small furry aliens escape to earth, pursued by to intergalactic bounty hunters who must stop them before they eat...everyone. From that simple premise comes a solid sci-fi/horror fest with some genuine laughs.
Starring Scott Grimes, Dee Wallace, M Emmett Walsh, Don Keith Opper and Terrence Mann and released in 1986, Critters became a cult hit on video after modest success in theaters.
I saw Critters when it finally played on HBO and loved it. Director Stephen Herek (Bill and Ted's Excellent Adventure) made B-Movie gold. Obviously there wasn't much money for special effects, but even the cheesiest effect, which would be how the Critters get around (by rolling like bowling balls) is pulled off by either being funny or at least not distracting.
Critters was popular enough to spawn three more sequels, the second, also starring Grimes, Terrence Mann and Don Keith Opper, was the best of the three.
Bloody, silly and awesome, as good as Gremlins, Critters was a kick ass time. 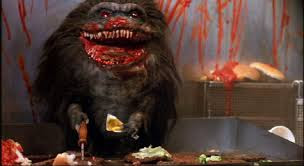 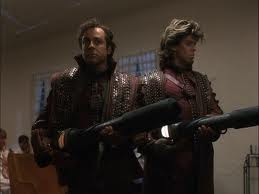