COMING ON FRIDAY THE 13TH THIS OCTOBER...YOU'RE ALL INVITED...

Be here on October 13th, 2017 for a costume party at...CAMP BLOOD! What does that mean exactly? Well, you'll just have to find out on Friday the 13th! (Bonus trivia; it will be the anniversary of the day Tina accidentally killed her father at the beginning Part 7 The New Blood!) I'm very excited to share this with you all, in the mean time, check out a little teaser of a bigger piece my lady, Stephanie Murr, is working on, below.
This Friday the 13th is going to be pretty big! If you remember, it was the last release date we had before the most recent attempt to bring Jason back to the big screen got killed, but hey, the physical edition of Friday The 13th the game hits stores that day, Womp Stomp films will debut their Jason fan film Never Hike Alone online, and Werewolves In Siberia will drop his newest album as well! All in all, should be a pretty kick ass F13!

reviewed; THE LIVING DEAD AT THE MANCHESTER MORGUE 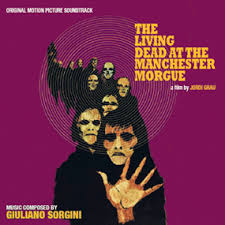 A co-Italian/Spanish production set in the English countryside near Windemere, The Living Dead At The Manchester Morgue (1974) is one of the great zombie films of the 1970s and really feels like a bridge between Hammer Horror and the Lucio Fulci gory Gates Of Hell trilogy. To me, the English and Italian influences in the film are obvious, but Spanish horror has been a bit more of a blind spot for me, outside of the Blind Dead films and a couple others, so I can't really speak to that. There is, of course, a strong Romero influence on the film, as it was released a mere five years after Night Of The Living Dead (1969) as well as the fact that radiation is said to be the cause of the corpses reanimating. (You'll remember that a space probe returning from Venus was exploded in the atmosphere when radiation was detected, but NOTLD never made the connection explicit, nor returned to that reason as the cause for the zombie apocalypse in the later Dead films.) 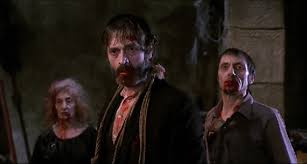 Corpses Lie, Do Not Profane The Sleep Of The Dead, and Don't Open The Window, among about a dozen others. Starring Christina Galbo (Edna), Ray Lovelock (George), and Arthur Kennedy (the Sergeant) and set in modern day England. George, a long haired, motorcycle riding, antique dealer goes on holiday to Windmere, but gets into a small accident when Edna hits his parked motorcycle. George winds up having to get a ride with Edna. This detour into the countryside coincides with a new method of insecticide using a modern machine that emits radiation that causes the insects to attack and kill each other and Edna being attacked and narrowly escaping a deranged man. 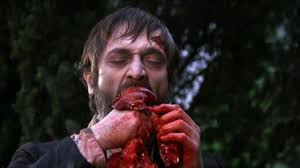 Manchester Morgue is a bit of a slow burn, but it's never boring. It's incredibly well shot and tightly directed by Jorge Grau, who also directed Legend Of Blood Castle and Violent Blood Bath. The outdoor night scenes will remind you of Fulci's City Of The Living Dead (1981). Though it's relatively gory and somewhat subversive, even predicting the Satanic panic of the 80s while loosely referencing the Manson family, it still feels like a big studio effort, especially when compared to another horror film released that same year, The Texas Chainsaw Massacre. As polished as Manchester Morgue may be, it really ramps up for the climax and has a good pay off. 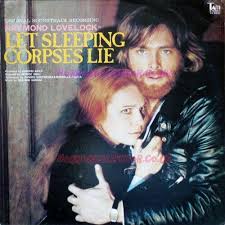 One thing I really appreciate about the film is, like Fulci's Gates Of Hell trilogy or Michele Soavi's Dellamorte Dellamore, it's a smaller, more localized story, rather than a big world wide event. That's where my zombie fatigue kicks in. We've seen so many Romero knock offs for the last two decades it's refreshing to watch smaller stories. And like NOTLD, Manchester Morgue is able to take a b-movie concept and elevate it to a smart, highly watchable film. The latest available edition is from Blue Underground and it looks incredible.