NEW ALBUMS FROM WEREWOLVES IN SIBERIA AND WOLFMEN OF MARS...REVIEWED!

I've been a monster kid all my life and a fan of real horror since the mid-80s and I think right now is the best time to be a horror fan. Our access to the most obscure gems is nearly limitless, the over-all artistic quality of films coming out is inspiring (We Are What We Are, Maniac, American Mary, Here Comes The Devil, The Innkeepers), the availability and abundance of collectibles are as attainable as your wallet allows. The boom in quality horror culture has brought a loving resurgence in vinyl soundtracks (my Re-Animator OST from Waxworks Records is to die for) with superior sound quality, amazing art, and sexy colored records.
Along side reissues of classic soundtracks from John Carpenter, Goblin, Richard Band, and Lucio Fulci films there are a number of synth bands inspired by these scores making original music. Bloody Disgusting issued a top ten list of these bands last week, but left off my two favorites; Werewolves In Siberia and Wolfmen of Mars. WiS just dropped the new album Beyond The City Of The Living Dead on April 1st and WoM will release The Light In The Corner Of Your Eye on May 2nd and they are both must owns! 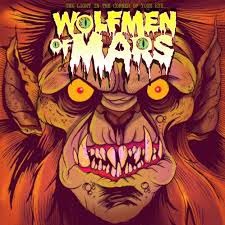 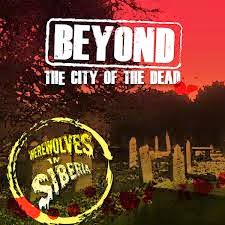 Hailing from my favorite city, Boston MA, Wolfmen of Mars lays down groove heavy synth rock inspired by '70's and '80's horror films. An Abrupt Ending (To A Wonderful Evening) kicks off the album with an atmospheric doom metal feel that sets the tone for a road trip through a scary sci-fi nightmare. Boasting tougher than nails  beats, fuzzier than a lycanthrope guitars and old school keyboard this album perfectly compliments 2013's Universal Madness. And look at that cover! The album wraps up with a sick team up with another horror rock group, The Mangled Dead, that sounds like a lost Samhain song.
Go here to check out the first single, Technicolor Rd.
Go here for the group's Bandcamp page.


Where WoM have more of a rock sound, Werewolves In Siberia has a much more traditional 80's synth feel while introducing different types of beats keeping the music fresh. While WiS can certainly build a cool groove too, the emphasis is definitely on atmosphere and more cinematic. I've enjoyed this album a lot while writing at night with my headphones on. Like 2013's The Rising, Beyond The CityOf The Living Dead is an album you can just get lost in. The Woods lulls you in before chasing you into the dark recesses of your imagination. Lycanthropic Dreamscape opens the werewolf movie of your dreams. Street Vengeance should be the main theme if The Warriors remake ever happens.  The album's closer, A Hole In The Space Time Continuum, is probably my favorite with a driving synth bass line and dread to spare.
Go here to purchase WiS's albums and while you're there download the free Halloween EP and Halloween mix tapes. 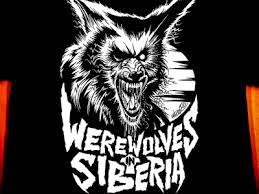 So yea, as a horror fan, I've got no complaints these days...aside from being perpetually broke while any number of amazing releases come and go. This synth rock/dark-wave/whatever you call it movement is a welcome addition to the horror rock sub genre that's been a bit bloated with psychobilly and Misfits legacy bands (not to knock any of them!) the last several years. 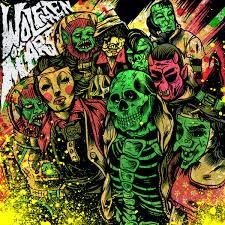 You can follow both bands' sites at the links above and follow them on Twitter @werewolves_i_s and @wolfmenofmars. To close out here's WoM's Seance By The Sea from their first album We're Gonna Die Either Way...

CATCHING UP WITH LIFE

Wow, a lot has been happening lately! The two most notable bits of news are polar opposite in the good/bad variety. We lost Dave Brockie the man who was Oderus Orungus of GWAR. He was just 50! It sucks. I owned GWAR's two films Phallus In Wonderland and Skullhead Face. Both were endlessly entertaining and hilarious. And disgusting. And awesome. Oderus's appearance on the Fearnet series Holliston was a great joy.
At the other end of the spectrum comes the surprise news that PHANTASM V; RAVAGER is complete! I loooove Phantasm and I'm a huge Don Coscarelli fan. This film means a lot to mean and I can't wait to see it. It looks amazing...
The Walking Dead season finale was great except that it was only five minutes long! Seriously it was over so quick, but damn if it wasn't a nice place to stop; "They're screwing with the wrong people."
Bates Motel keeps getting better. I was completely skeptical about this show in the beginning, but I'm sold. Last week's episode gave us a taste of the Norman Bates to come. This week's episode helped solidify what a great crime drama the show is.
We plowed through the four original Psycho films last month, because it'd been a while and I was happy to see just how well they all held up over the years. Made me miss Anthony Perkins.
I've got a collaborative project in the works that I hope to be announcing soon. All I'll say is that your IPod will thank you.
Some other things to be looking for;
Epic release of the Creepshow OST from Waxworks Records. It's gore-geous!
Mego style 8" figures of Ash from Evil Dead and Iron Maiden's Eddie (as The Trooper) are coming soon from NECA. I have their retro Jason figure and it's one my favorite pieces in my collection.
Werewolves In Siberia's new album, Beyond The City of The Dead, is out now and  is fantastic. If you love '80's style horror/synthwave music this album will on heavy rotation on your audio consuming device!
I've got some new fiction done and ready to roll and I've made some major headway on three book projects, including the first volume of My Heroes Have Always Been Monsters. I'll be posting bits and pieces here soon.
All right, it's almost 3 am, the hour of the wolf. I better go now. Take care, fiends! Reviews and new chapters of Heroes are just around the bend!

(just a little blast from the past I've been writing to)