MY HEROES HAVE ALWAYS BEEN MONSTERS PART 53; DON COSCARELLI

When I was a kid, my favorite toys were Masters of the Universe. I had a pretty good collection for a poor kid. One Christmas, my dad even got me Castle Greyskull. I have to say, though, I hated the name 'He-Man.' I didn't get it, such a dumb name. And the cartoon? Fuck that cartoon, I always hated it. Fortunately, I discovered a movie called The Beastmaster (1982). The Beastmaster was a fantasy epic that contained some really scary scenes, featuring humanoid bat creatures, and followed a lone warrior that traveled with a falcon, a panther, and two ferrets-all of whom he could communicate with. After I saw The Beastmaster, my He-Man figure lost his armor/bandoleer thing and Skeletor's giant black panther lost his armor, and He-Man was from then on The Beastmaster and all my MOTU stories became Beastmaster stories.
I had no idea, then that the director of The Beastmaster would wind up having a much more profound influence on me as a writer. Don Coscarelli wrote and directed the film, but more importantly, he wrote and directed the horror classic Phantasm.
I was well into my obsession with the big slasher franchises of the 80s when I rented Phantasm one Fangoria that month (July 1988) so I felt like I should get to it. I watched it on a Saturday afternoon and I can honestly say I had no idea if I liked it or not. It certainly filled me with dread, but I was also confused. I felt like I missed something. I let it go for a while, waiting for the sequel to make it to VHS, which, from reading Fango, sounded really cool. And hey, it was! 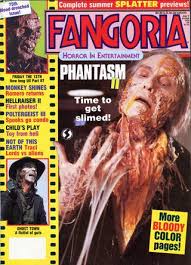 weekend. The second film had been the cover feature in
Phantasm II built on the first film in a really interesting way and inspired me to re-rent the first film again. This time it made more sense. Taken together with the third film, Lord of the Dead and the fourth, Oblivion, the Phantasm franchise presented worlds within worlds. Layers of reality, dreams and hallucinations becoming corporeal, misdirection, and no rules to govern the universe. Phantasm 1-4 are a slow burn end of the world about a kid named Mike (Michael Baldwin) growing up in the twilight years of Earth as an entity known only as 'The Tall Man' (Angus Scrimm, RIP) plunders grave yards across the country, creating slaves for inter-dimensional world conquering. Teaming up, first with his older brother Jody (Bill Thornberry) and later with Jody's friend Reggie (Reggie Bannister), Mike becomes a man between 1 and 2, becoming a hardened soldier in the war against the dead. As does Reggie, who we first meet as a mild mannered ice cream man and soon becomes a four barrel shotgun toting bad ass. Phantasm was as out of step with Jason and Freddy in the 80s as Clive Barker's Hellraiser. Surprisingly, there was only one attempt to expand on the Phantasm universe outside of the films and that was in Stephen Romano's (Eibon Press, Fulci Comics)single issue comic.
In 2002, Coscarelli returned to the director's chair with one of the best horror films of the last three decades, Bubba Ho-Tep. Based on a story by Joe Lansdale (Hap and Leonard), Bubba Ho-Tep was a wild and off-beat concept inside an emotional and down beat story about a seventy year old Elvis Presley living out his last days under an assumed name in a Texas retirement home that's being menaced by a soul sucking mummy. Elvis was played by Bruce Campbell (Evil Dead) and Ossie Davis played John F Kennedy. I don't know if anyone was prepared for how smart, exciting, cool, and quirky Bubba Ho-Tep was. I've had to watch it annually and it hasn't diminished a bit from repeated viewings. 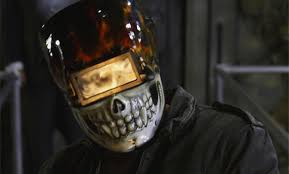 Coscarelli's next film (after shooting two episodes of Showtime's Masters of Horror) was an adaptation of the David Wong novel John Dies At The End (2012). I was fortunate to catch the film at the Nevermore Film Festival in Durham NC. I had been obsessing over the trailer leading up to the fest and my god it did not disappoint! The story centers on best friends, David and John, who have been exposed to a drug called Soy Sauce that opens doors to other worlds. Similar to Phantasm, dreams and hallucinations could become physical threats, as monsters from the multi-verse spill into our world, with nothing but a couple of numb skulls standing between them and our world. Hilarious, gross, and smart, Coscarelli boiled the sprawling novel down to a fast paced, action heavy thrill ride. It also featured an amazing animated sequence from David Hartman, who would go on to direct the fifth Phantasm film, RaVager (which I fully love).
Going back to Bubba Ho-Tep, that movie dropped at a time in my life that I would call my 'wilderness period.' I had been struggling as a writer since mid '98 to write...anything. Before I graduated high school in '94, I had moved on from Stephen King and Clive Barker to Jack Kerouac and William Burroughs and the horror and sci-fi elements in my writing started taking a back seat to more character dramas and political content. I got into Charles Bukowski and Hubert Selby Jr and almost never picked up a horror novel. In 1996, I went to see Scream with my friend Jase on opening night. I still rented horror movies on a regular basis, but that night with Scream I misunderstood wes Craven's intentions and felt like I was being made fun of for being a horror fan. Scream opened the flood gates for the late 90's teen horror deluge and it felt like horror slipped right out of my life completely. But when Bubba Ho-Tep came out I was reminded of how much horror meant to me and that was the beginning of me finding my way back into writing new material. I went back to the Phantasm films (as well as Argento's films that were finally becoming available in uncut versions from Anchor Bay) and in 2011 I completed my first novella, Conspiracy of Birds-a story where reality and time were slippery and dreams and hallucinations had physical ramifications. Just last month I released my latest collection of short stories, and the closing tale, "The Jennings Point Story," owes a lot to my love of Coscarelli's work. 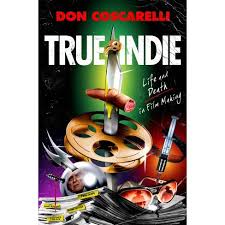 Coscarelli is coming to Syracuse in October with his new autobiography, True Indie along with a double feature of the remastered  Phantasm and Bubba Ho-Tep. I'm ridiculously excited and will be bring my Phantasm II issue of Fangoria and my special edition Anchor Bay DVD of Phantasm to get signed. Here's hoping we get the Ho-Tep sequel Bubba Nosferatu soon!
Keep watching the skies, nerds!